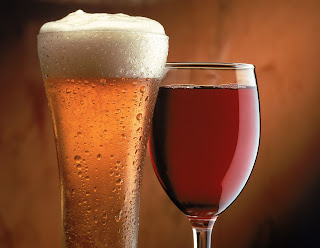 When I was State Liquor Director in the late 70's and early 80's the licensing system was corrupt and dangerous.  We set out, with the blessing of Bruce King, to try and fix things in a legislature rife with liquor lobby controlled members and organized crime involvement in the licensing structure.

After a couple of years of extreme maneuvering, we came up with a reform bill to be introduced to the Legislature.  The bill was carried by Senator Les Houston.   Les passed away this last week.

The effort he put out to pass the bill was heroic and successful.  His astonishing sense of humor carried the day and he beat the liquor lobby into submission.

Most of the reform was killed over the next few terms of office for Governor, but one thing really stuck.  And that was Beer and Wine licenses.  So the next time you go into a small place for dinner and a brew or glass of red, make a toast to Les Houston.