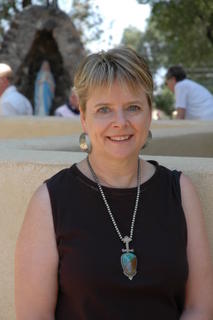 I always liked that song by the Mamas and Papas, Sunday Morning. Up early with my home made lattes on the back porch with Bobbi, the Journal and the New York Times. Both newspapers buried the stories on 26 fatalities in Iraq yesterday.

This is Bobbi at my dad's funeral services yesterday.

ThenI grabbed my camera and went for a walk with Justin, Karly and the Beagles in the Bosque. My camera had a dead battery and if George Bush and an alien had walked by I would have been out of luck. I would really like a picture of the alien.

I came home for quick jobs of mowing the grass, and cleaning the hot tub and once again sitting down to read more of the Times. 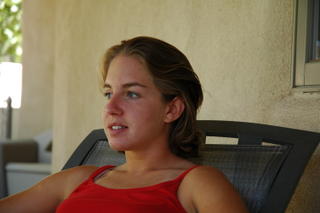 I was joined then by Noelle, our 20 year old daughter who was eating leftover steak and pasta salad for breakfast. She is a Senior at Rice Universitiy in Houston. Next fall semester she will attend school in Bangkok. Bobbi, Justin and I will visit her in November.

Yesteday some people commented that Noelle doesn't look like a little girl anymore. She is certainly a smart and attractive woman and I really am proud of her.


I then raced out for coffee with my long time friend Brian Sanderoff. We have coffee every Saturday and Sunday at the Starbucks down the street on Rio Grande. Brian and I first met in 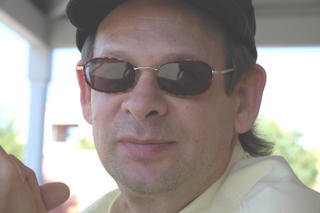 1978 when I was working for the second Bruce King campaign for Governor. Brian was working for Lt. Governor candidate Tom Rutherford. Rutherford lost the primary. King didn't do well in the primary, but he was victorious and we knew we needed help to perform well Bernalillo County or lose the general election. Some of us convinced King that Brian could help us do that, so the Bernalillo county organization was replaced with Brian and his young hardworking friends and we went on to win the Governorship. Today, Brian owns Research and Polling Inc., a marketing and survey company that is greatly respected for its almost perfect record in calling the winners of political races in New Mexico.