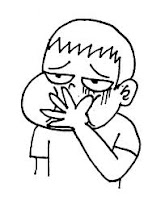 Everyday I run into folks who are so angry with the demise of fairness at the Albuquerque Journal that they can hardly keep their lunches down.  Seriously, I don't think the Editor of the Paper, Kent Walz and not often seen Journal publisher Tom Lang can really understand the bad feelings in this community about this state of journalism in our only daily newspaper in Albuquerque.  Is it still a newspaper?  Or is it another Fox news or Murdoch publication?  You would think that its being locally owned would make some difference, but that seems meaningless to who ever is in charge of the ethics at this paper.

It may be that only center and left politicos feel this way.  That is still a major percentage of our population and out of sheer economic survival you would think the business managers at the Journal would start ringing the alarms at the already financially stressed newspaper.  Here is what one could say, "You know, the daily news coverage doesn't seem to be fair when you have fully 40% of our market pissed off.  We finance guys wont tell you what to write, but just be evenhanded and leave the editorial out of the news coverage."

It wouldn't be so bad if we could rely on our local broadcast media, but they are even more hopeless than the Journal.  Not because they have a slant on the news, but because they don't do meaningful journalism at all unless by accident.

P.S.  I am waiting for all of the media to start criticizing Pete Domenici for having his name slapped on that $80 million dollar Federal Court House a few years back.
Posted by Jim Baca at Tuesday, November 30, 2010

The more things change, the more they don't. You may recall a bumper sticker directed at the Journal from sometime in the early 70's.
"They're Killing Good Trees To Put Out A Bad Newspaper".

Pressuring advertisers (who pay the bills at the Journal), up to and including boycotts, has worked here and there.

We could also start a paper. I saw this done in the 80s when I lived in Berkeley County, SC. After two years the old paper folded. I can't say I've seen it anyplace else, but it is possible. That was a specific case, too. The county was changing from Democratic to Republican, and the old paper was in line with the fading Democrats. The new paper was not overtly Republican. It's columnists were, but the news coverage was OK.

But if part of your project was to get the community behind you, that could offset many of the advantages the Journal has. There used to be, may still be, an upstart paper, a regular daily, in Wilkes Barre, PA, where my ex's family lived, that the union members were loyal to.

There is this concept now, niche advertising. The Journal and its advertisers might be targeting a more affluent audience and not care too much if the working class doesn't buy the Journal. Still, we buy more cars and groceries than they do. I use the term working class, by the way, in the traditional sense. People who work for a living. In the US we have been divided into middle and working classes and this and that group, but we all have the same interests. The point is, you'd have to reach these Reagan Democrats and working Republicans who have been convinced, because of all the propaganda they hear, and because of the timidity, and even collusion, of the Democrats, to vote against their own economic interests.

interesting to see you were interviewed by the newspaper you dislike so much. guess you couldn't miss a chance to dis Darren White. LOL