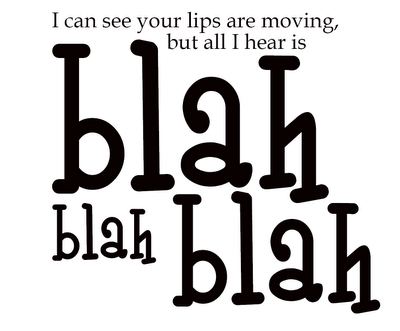 I read a news release this morning from the State Democratic Party and it's Chair Sam Bregman touting the fact that State Public Education Chief Hanna Skandera was not confirmed by the NM Senate.  The head line said, "NM Senate Dems Stall Nomination of Anti-Education Nominee Skandera."

This kind of sophomoric rant from the Party does nothing to help its credibility.  Even Susana Martinez would not nominate an "Anti-Education" person to run the public education system in New Mexico.  Skandera might be incompetent, and probably is, but someone who hates education?  Come one Sam!  You really need to look over these news releases before your minions send out this drivel.  It is embarrassing!

The New Mexico State Legislature will end its short 30 day session today.  They failed to pass any measure whatsoever that would raise our minimum wage.  In this poor state I personally see this as almost criminal negligence.  Everyone of those folks who were opposed to this needs to really examine their fitness to serve in public office.

Ah, but they stalled Skandera's nomination! Yes, I am in total agreement, Jim, we Dems often seem to be so satisfied with so little meaningful legislative achievement. If the Democratic Party legislators could organize well in advance of the session and really unite around one or two key initiatives as "must haves", we'd have significant legislation like raising the minimum wage. Instead we come in to a 30 day session with all kinds of bills on lesser issues that divide and consume our legislators time. We squander our strength and end up looking weak and ineffective to the general voting public.

I know what you mean about the state party news releases.

You mention in the blog today the minimum wage. The party news releases are never about anything like that.

They are attempts to divert long time Democrats' attention from the fact that the Democratic Party is waging war on working people these days right along with the Republican Party.

Jim, in his nice, diplomatic way told how Democrats in Santa Fe just told working people who are on the margins of New Mexico's economy that they can rot in hell.

For those of you not aware of it, Democrats in Washington have been doing the same thing. They just voted to cut food stamps, Medicare and Head Start, among other things. They just let unemployment benefits expire for millions of Americans without putting up any fight at all.

They have been part and parcel of the dismantling of the Middle Class, of the return to disparities in wealth and income in this country to pre 1920, "Gilded Age" levels. Republicans could have done it alone. Democrats have voted for or allowed one after another tax cut for the wealthy, and they all just voted for a federal budget that cuts government spending more than did the notorious "Ryan Budget" of a couple years ago that drew so much derision from Democrats during the presidential campaign.

The party chairman's job is to make you forget about all that by pointing out that Republicans are a little bit worse. I feel for him in a way. It's hard to make a distinction these days.

I can't agree with you, Bubba. Dems in Santa Fe did not "tell working people they can rot in hell". The Senate passed the minimum wage as a Constitutional Amendment then it got defeated in the House by Republicans and only a few Dems when Jeff, a Democrat didn't vote and another Democrat voted with the Republicans The importance of having this passed for Democrats was not only to put it up to vote by the people of NM but also to get the working class base out in November for the mid-terms and Governor's race. The real failure was not to have had all the votes lined up in advance. Even a call from Joe Biden couldn't get Jeff to vote, she chickened out and didn't vote like several Republican legislators who don't want to have their name attached to defeating a higher minimum wage. Shame!

a constitutional amendment to hike the minimum wage is a cowards solution. The democrats just don't want to take an up or down vote on it and they are endangering the chances of a hike because the right wing pacs will spend so much money in trying to kill the amendment. It is cowardice and immorality at its core. The legislature can do this without punting to the public.

a constitutional amendment to hike the minimum wage is a cowards solution. The democrats just don't want to take an up or down vote on it and they are endangering the chances of a hike because the right wing pacs will spend so much money in trying to kill the amendment. It is cowardice and immorality at its core. The legislature can do this without punting to the public.

I have been to McKinley county and had a long trial there. The people are wonderful but very poor and it saddens me to see that their state rep walked away from the opportunity to help them. Whether the answer is a state const change or not does not change that Ms Jeff had an opportunity to improve the lives of her constituents and walked away. Very troubling.

I liked the proposal because it thinks ahead strategically to get the Democratic base out in a mid-term election. The GOP uses this tactic all the time to get the vote out. The Dem Party of NM approach to politics is like a string of "pot luck" dinner events...you never know what you'll get each time. What we really lack is strong leadership with vision and strong democratic principles that is also popular and unifying in this state.

"The best lack all conviction, while the worst
Are full of passionate intensity."
Yeats, "The Second Coming"(1919)

Vicki makes a good point about using strategy the way Republicans do. It's better than doing nothing.

It's cynical though, and it didn't work, and as as result people will still be making slave wages. Democrats should have just done the right thing and voted to raise them. Then people might think the Democrats are on their side and vote for them. Let the governor try to veto it and face the backlash.

The current talk in Washington about raising the minimum wage is also a cynical ploy to help Democrats in the 2014 mid term elections, according to a nice analysis at WSWS, which points out two important things. One, as recently as 2007, it was a routine vote to increase the minimum wage, and two, if it had really kept up with inflation it would be over $20 now.

Those two things point out what a radical transformation there has been in American politics and the US economy. A, it's considered a epic battle to raise the minimum wage, and B, $20 an hour seems like a pretty nice wage down here on the street, because in relative terms it is. Wages in general, and our expectations, have fallen that far.