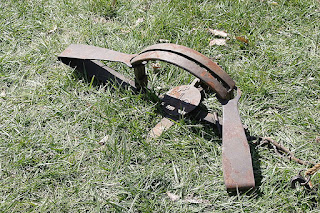 The Journal's D'Val Westphal did a column on the barbaric leg hold trapping of wildlife this morning.  Thanks to her.  This issue has been around for quite a while, ever since Susana Martinez became Governor. I have often written about how she is allowing this barbaric practice. It is a symbol of her administration and  her psychotic Game and Fish Commission.

When you think of her rightwing GOP positions, what else could you really expect? As Land Commissioner back in the 80's I stopped leg hold trapping on State Lands. Our new Commissioner Aubrey Dunn, is once again allowing it.

I can't  think of a better way of sending a message to prospective tourists in NM that  we allow inhumane deaths for wildlife.  We tout ourselves as "New Mexico True" in our advertising to attract tourists.  When this hits the internet in a big way, then kiss those tourism dollars goodbye.
Posted by Jim Baca at Friday, July 29, 2016