I am still pondering running for State Land Commissioner this next year. I will decide by January 1st. But that is not the subject of this blog.

As I contemplate this move I decided I would get 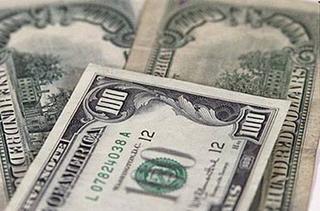 the Secretary of State's election manual and calendar and give them a read. I have to say I am astonished all over again at the lack of reporting requirements for raising money for statewide office. Essentially, no contribution need be reported until 30 days before the election and there is no limit on the amount of money that can be contributed by any one person. This is essentially unchanged since I first ran for State Land Commissioner in 1981.(I won that one) This is really unbelievable. This is legal and so far as I can tell there is little penalty for violating even these provisions.

If I run I will abide by this law because that is what the other candidates will be doing. If you don't take advantage of these lax laws you will be at a disadvantage in the election because your opponents will 'follow the rules'.

At the very least there should be reporting of contributions every month in the calendar year of the election and six months following it. There should be some limit on the amount of a donation that any one entity can make to a candidacy. How hard would this be to do? Why hasn't it been done? Even the City of Albuquerque has much more stringent reporting requirements and donor limitations. Obviously, donor limits for statewide office might be more generous than the city's limit of 10% of the elected official's salary from any one source. In the case of the Albuquerque Mayor's race that would be about $5000. Perhaps for statewide office in New Mexico $25,000 might be a fair limit. One of the problems is that really rich people can donate millions to their own campaign and that has been upheld by the Supreme Court.

If anyone out there wants to fund my potential campaign completely, give me a call. One million should be enough! Right!
Posted by Jim Baca at Tuesday, December 13, 2005

I agree, Jim. We need to reform our disclosure laws, the Campaign Reporting Act needs to be revised, we need a gift ban, and the idea of a limit on individual contributions is worth looking in to. See our site: http://www.commoncause.org/newmexico and this Journal opinion piece: http://www.abqjournal.com/opinion/guest_columns/412037opinion11-30-05.htm (subscription required) for more on this topic.