It is just fifty six days until General Election day 2006. I have been at this campaign now for over ten months. It has been a typical political season with ups and downs but it is a lot of fun and will get better over the next 8 weeks.

All of the candidates will be on the road constantly now. In the last couple of weeks we will travel as a team through the state. We need to get a giant RV with exercize equipment and showers so we all don't drop dead of heart attacks. Bring on the broccoli too. Yoga mats might help too.

I got word last night at Tim McGivern's fundraiser that the Sierra Club has endorsed me. I was

the first candidate the Sierra Club ever endorsed back in 1982 when I ran for Land Commissioner and beat an oil and gas industry candidate. I am hopeful that history will repeat itself. 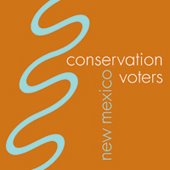 I have already received the endorsement of Conservation Voters New Mexico and the Animal Protection Voters and know they will work hard for me. I am extremely proud to have recieved these endoresments from these politically active and knowledgeable groups.

These endorsements are very important in a race like the one I am running for State Land Commissioner. My opponent has already raised about four times more than has ever been spent on this race before. I estimate that 90% of his funds comes from people who do business with the Land Office. That will certainly curtail his independence. Sadly, although I am ahead in the polls he can still win it because of that bankroll. But that is where the value of grass roots endorsements come in. It can be enough to tip the scale to this effort.

We do need to raise more money and each one of you can help by going to Jimbaca.com
I really don't like using this blog to ask for bucks, but the time has come. Also, if you want to see both of us candidates in action please come to the League of Women Voters Sponsored debate next Wednesday everning at 7 at the First Unitarian Church at Carlisle and Commanche in Albuquerque. You will certainly see the difference between us candidates at that time. It should be fun.
Posted by Jim Baca at Monday, September 11, 2006