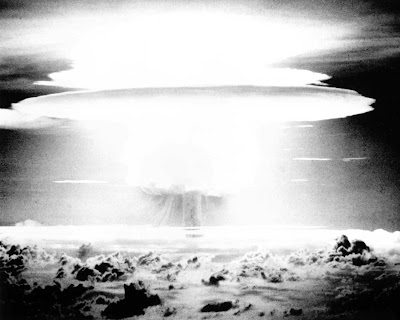 A while ago I went to the CNN website on my Iphone while eating a breakfast burrito. The first four stories were about the ceremonies surrounding Michael Jackson's corpse. Number 5 story was about Presidents Obama and Medevev of Russia announcing the culling of nuclear weapons stockpiles.

Sometimes America's news media has a colossal and nationwide brain fart all at once. Sometime in the future it will really cost us as we wont really know what important life changing event might be occurring.

In the meantime I had to chuckle when I saw Richard Romero's campaign for Mayor finally get some press. (I am supporting him.) It was about a shake up in his campaign staffing. Not about issues. This sort of fits into that traditional thing the local media gets into during election season when the placement of yard signs gets more press that the over arching issues in the campaign.

I am actually quite surprised at the lack of coverage on the Mayor's race. The Albuquerque Journal is doing a bit, but that is about all I see. Mayor Marty Chavez continues to use city resources to show his name and face while the press wonders if he will ever announce. He plays the game well.
Posted by Jim Baca at Tuesday, July 07, 2009