It is said that the Rio Rancho city government was taken over by the Tea Party in the last election.  Those are the guys who are complaining every day about federal stimulus and bail out provisions.  They are the guys that want less government and less taxes.  Oh, unless it involves their favorite real estate developer and home builder. 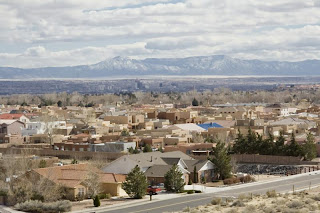 That Tea Party council just voted to lessen its impact fees on development.  That means more taxes for the little guy while subsidies roll in for the fat cats. It is all upside down for these guys.  Didn't they get the memo that everyone should sink or swim on their own with out government interference?

Why don't they just admit that during bad times there is a role for government to play in getting the economy steaming ahead?  If it takes a short term subsidy then do it.  But don't play the double standard game. 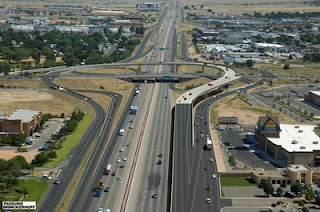 I got to thinking about my post on the cost of the Paseo del Norte/ I-25 project.  It has to be done and it will cost a bundle.  One of the big benefactors of this will be the Albuquerque Publishing Company and the their developments along Jefferson Blvd.  It will certainly take the pressure off of that failed road too.  Publisher Tom Lang used to complain to me when I was Mayor that the street was never designed to take the traffic loads it had acquired.  He was right.  And yet his newspaper was unabashedly for lessening impact fees on developers on the west side that added to his problem every single day.  In effect, he wanted the taxpayer to subsidise them too.
Posted by Jim Baca at Tuesday, July 31, 2012

Yes, who pays vs. who benefits. About the Paseo del Norte intersection project: Why aren't the folks in Valencia County, especially Rio Rancho, being asked to pay a share? Only the voters of Albuq. and Bernalillo County are debating paying extra for it, and thats's not where most of the cars usuing it come from.

I know Paseo Del Norte overpass is needed, but having trouble understanding why is Albuquerque putting up $50 million? This is a STATE project being built over a Federa1 Highway. The State should be paying for it all and the City of ALB should spend the $50 million on its sewer and streets that are fallig apart. Berry has NO clout in Santa Fe and the Governor no doubt will be the first to take credit for getting the fly over built. Berry is a fool for agreeing to divert City captitol improvement money to the project no doubt thinking it will win him votes on the West side.

Of course I meant Sandoval County, which is north of Bernalillo County.

Actually, the Village Council of Los Lunas just voted to rescind impact fees for real estate development for two years. The developers presented numbers from Albuquerque to make their case that the number of building permits went up when the impact fees weren't imposed.

Albuquerque building permits went down, and unemployment increased, following the establishment of impact fees with the planned growth strategy. Then, permits increased when impact fees were cut by 50% in 2009. Recently, Rio Rancho has seen a 90% reduction in permits, since developers have chosen to build in Albuquerque, since impact fees are less. Therefore, I favor the impact fee reductions in Rio Rancho and also in Santa Fe, Albuquerque, and Las Lunas. Also, new Rio Rancho City Councilor Chuck Wilkins opposes the eminent domain plans of Mayor Tom Swisstack and exiting City Manager James Jimenez. Sounds like business friendly Rio Rancho, with its tea party city councilors, is a place that those of us stuck with 10% to 17% unemployment on the west coast should consider. See - http://wp.me/pMHrW-1yT -Tom Lane