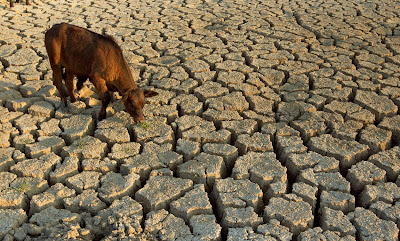 I do respect these ranchers.  They do work hard and most of them are really decent people.  I just have problems with many of their industry's double standards.  I can't understand their opposition to extended unemployment assistance in hard times and then expect to get payouts for them selves as well as their grazing subsidies in the form of practically non existent fees.  And, when they elect people like Steve Pearce out in ranching country they should realize it hurts their credibility.  He is the poster boy for these double standards.  He never saw a tax break he didn't love for the oil and gas industry.
Posted by Jim Baca at Thursday, May 09, 2013