Rodger Beimer pointed out to me over coffee this morning that the moving van industry says New Mexico is one of only four states where more people are moving out than are moving in.  I wonder if the Governor and Mayors have noticed this factoid.  This bad news was also brought forth by UNM Economist Lee Reynis in the Journal this morning.  It should be the only thing that legislators are talking about today. 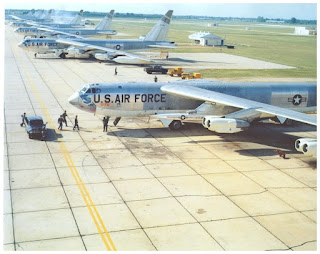 We also were talking about how much worse this could get when the federal budget comes out.  My best guess is that New Mexico will lose at least one military base.  Which one?  I think a likely candidate would be Holloman, AFB in Alamogordo.  It would devastate that part of the state.  A case to prove that is Roswell, NM.  Some 47 years ago it was announced that the Air Force was shutting down that 25 year old facility.  Walker AFB became a memory just as planning was underway to celebrate its Silver Anniversary.  Roswell has never recovered.  Even after almost 50 years!

This is why the legislators and Governor need to work together.  First off, and I am going off the reservation here, we need to support the Governor's efforts on lessening the liability of the manufacturers of equipment to be utilized in New Mexico's Spaceport operations.  If the trial lawyers are allowed to kill this effort, it will be on them to explain the loss of a future industry in an area that will need jobs if Holloman AFB does get the axe.  It may be that the new Senate Leader Mary Kay Papen will lead the way on this.  Former Senate leader Michael Sanchez voted down this effort once before even though his brother former Speaker of the House Raymond Sanchez was a lobbyist seeking its passage.

If they're going to have a Space Port they might as well exempt the companies form liability. Everybody else who has a Space Port is doing it, and liability is one of those things the managerial class has come to have a fetish about, like contracting things out. They automatically do for it whether it benefits the company or not.

Insurance, after all, is just about the biggest racket going -- who hasn't put in an auto claim and then seen their premiums jacked up by the exact same amount? -- and insurance companies are sitting on some of biggest piles of our money there are. What other private industry has managed to get government to make purchasing their services mandatory under the law?