Back from A Prospering State

I traveled back from Fort Collins yesterday after visiting our daughter.  She is in good spirits after having to hit the mattress for the next two months to keep here twin girls from being born too early.  Bobbi is still out there tending to her every need. 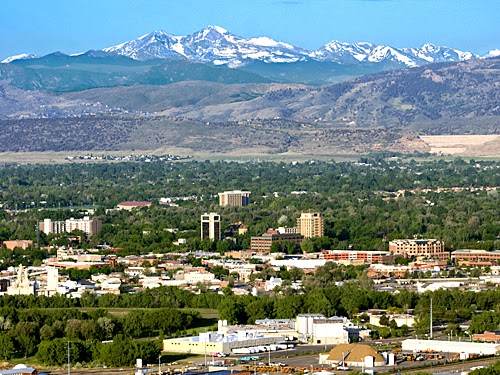 As I drove through that corridor from Pueblo to Fort Collins I couldn't help but think that I had entered another world.  The obvious booming economy and prosperity in Colorado is evident.  They have some leaders there in the Governor's office and in their city halls.  The politics is brutal in that purple state, but somehow the business community and political sphere seem to come together to get things done.

Coming back into the state Sunday afternoon, the first thing I was greeted with was a closed rest area on southbound I-25.  There were cars outside the locked gate and people going to the rear of the facility to get some relief.  On the way up on Friday the northbound rest area was open, but it was dirty and unkempt.  That is different from other trips when they were well tended.  What must people think who travel into our state?  The rest areas in Colorado were pristine.

So Susanna Martinez cuts back on the most essential services in order to keep taxes down for her right wing corporate supporters.  New Mexico can't take another leaderless four years.  But we will have to endure it and hope to pick up the pieces.
Posted by Jim Baca at Monday, September 29, 2014