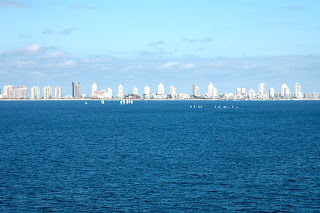 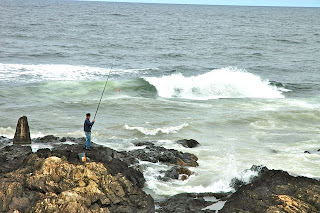 We had a really pleasant day in Punta del Este, Uruguay.  I think this may be the main playground for the obscenely rich in the world, and I can see why they come here.  The soft beaches are beautiful along the River Platte and the Atlantic side of the peninsula has hard rock beaches. 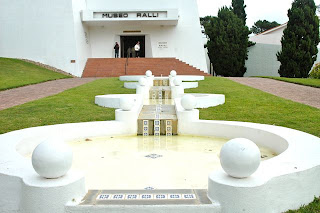 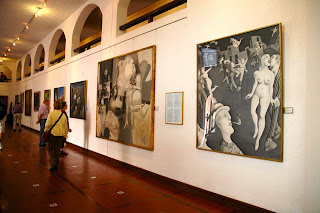 Then a real treat was a visit to the Ralli Museum, which is one of four worldwide, that highlights the work of living South American Artists.  It is run by a private foundation.
You will also see a picture of Sherpa Bobbi here.  That bag she carries everywhere is a regular Pandora’s box.  Anything a human possibly could need is stowed in that bag somewhere.  Water, first aid, food stuffs, cameras, batteries and virus killing handi wipes.  Bobbi told someone yesterday she was nothing more that a Sherpa.  That will stick. 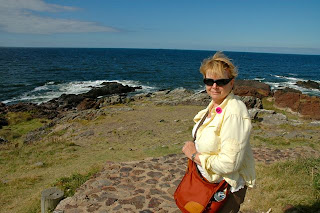 We now head off for a day at sea before reaching Paranagua, Brazil
Posted by Jim Baca at Saturday, March 20, 2010